What Can Be Done for Periodontal Disease?

Did you know that, by conservative estimates, as many as 42 percent of American adults over the age of 30 have some form of gum disease?

About 7.8 percent of those adults have severe periodontitis.

But the most alarming statistic of all is that most Americans don’t even know that they have it. Only about 3 percent seek treatment for their gum disease. As research increasingly indicates a link between periodontal (gum) disease and other diseases such as diabetes, it’s more important than ever to maintain healthy teeth and gums.

Below, we explain how this chronic pathology develops and what can be done for periodontal disease.

What Is Periodontal (Gum) Disease?

Gum disease is an infection of the tissues that hold your teeth in place. It is caused by bacteria that builds up on the teeth and gums over time.

Our mouths are full of bacteria, which combine with mucus and other particles to form a sticky substance called plaque. Brushing and flossing help to remove plaque from the gums and teeth. But when plaque isn’t removed on a regular basis, it can harden and form into tartar. Once tartar has formed, it can only be removed by a dental professional.

The longer that plaque and tartar remain on the teeth, the more harmful they become. The presence of bacteria causes gum inflammation, also known as “gingivitis.” Gingivitis is when the gums become red, swollen, and bleed easily. This mild form of gum disease can usually be reversed when you start brushing, flossing, and receiving regular cleanings from the dentist. While gingivitis by itself doesn’t cause permanent damage, it can advance to periodontitis if left untreated.

Periodontitis is a severe type of gum disease in which the gums pull away from the teeth, creating periodontal pockets. The disease occurs as a result of the body’s immune reaction to the bacteria on the teeth and gums. As bacterial plaque spreads and grows below the gum line, the immune system attempts to destroy this foreign invader. Acute inflammation is how the body fights invaders that cause infection. Scientists hypothesize that the most severe symptoms of gum disease are caused by a chronic inflammatory response to the bacterial infection.

The gum tissue recedes to protect itself as the bacteria multiply in the oral tissues. This gum recession eventually opens up small gaps, or “pockets,” between the teeth and gums. When these pockets grow to a few millimeters deep, the bacteria can take up residence there. Over time, bacterial plaque wears away at the periodontal tissues and even the jawbone. If the disease is allowed to progress, the teeth will become loose and fall out. In fact, periodontitis is the most common cause of tooth loss among adults.

What Are the Risk Factors for Periodontal Disease?

At this point, you may be wondering who is at risk for gum disease. People don’t usually display signs of gum disease until their 30s or 40s. Unfortunately, just eating a Western diet can be considered a risk factor because of the predominance of simple carbohydrates. Simple carbohydrates quickly break down into sugar in the mouth, which feed the harmful bacteria that cause gum disease. Consuming a diet high in simple carbohydrates also leads to insulin resistance in some people, which has been linked to poor immune response and chronic inflammation. To counter these risks, it’s best to incorporate foods that are high in dietary fiber (such as a variety of vegetables).

Other important risk factors for gum disease include:

Tobacco use is the leading cause of severe gum disease. Smoking tends to mask the bleeding of periodontitis, which is likely why many tobacco users don’t receive periodontal treatment until it has advanced. This higher incidence of gum disease may also explain why regular smokers have a higher rate of tooth loss as compared to the general population.

Hormonal Changes in Girls and Women 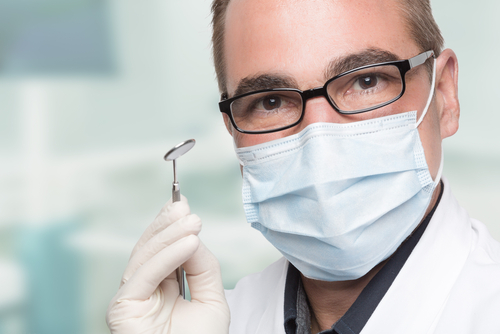 Surges in estrogen and progesterone, which occur during puberty and during a woman’s period, can increase blood flow to the gums. The gum tissues may become more sensitive to irritants in plaque at this point, making them more likely to bleed during brushing and flossing.

One of the most common side effects of prescription medications is dry mouth. Saliva flow has a protective effect on the mouth; without it, the mouth becomes more susceptible to infections like gum disease.

People with diabetes and other autoimmune disorders are at a higher risk for developing infections, including gum disease. Medications to treat the immune disease often lower immunity, which also puts this population at greater risk for gum disease.

Like any medical condition, genetics have an undeniable influence. While scientists are still learning how genetics play into complex conditions like gum disease, it’s clear that some people are more prone to gum disease than others.

What Can Be Done for Periodontal Disease?

There are a variety of treatments for gum disease, depending on your medical history and the level of progression. The aim of treatment is to disrupt and clean out the bacteria from the pockets around the teeth while preventing further destruction to the surrounding tissues. Treatments range from nonsurgical therapies to control bacterial growth, to surgery that restores the gum tissues.

For the early stages of gum disease (known as gingivitis), professional dental cleanings play an important role. A professional cleaning removes plaque and tartar that cannot be removed through regular brushing and flossing. People who display early signs of gum disease may be recommended to come in for a cleaning more than twice a year. Regular cleanings disrupt bacterial formation and prevent the disease from progressing. However, if the disease is active and medium-to-severe, other treatments will likely be required.

The dentist removes bacterial plaque through a nonsurgical deep-cleaning procedure done under a local anesthetic. Plaque and tartar are scraped away (scaling), and rough spots on the tooth root are made smooth (planing). Bacteria like to gather on the tooth root, so smoothing those rough spots provides a clean space for the gums to reattach to the tooth. In some cases, a laser may be used to minimize swelling and bleeding. Removing the bacteria and byproducts contributing to inflammation allow the gums to heal and reattach correctly.

Medications may be used in conjunction with scaling and root planing. Treatment may involve a combination of antibiotics, non-steroidal anti-inflammatory drugs (NSAIDs), and topical medications for pain relief. Antibiotics can come in the form of antibiotic mouth rinses or the insertion of gels in the space between the gums and teeth after cleaning. They can also be taken orally to eliminate the infection-causing bacteria. The dentist may recommend special tools and techniques for your oral care at home.

Surgery may be necessary if inflammation and deep pockets remain even after treatments involving medications and deep cleanings. Flap surgery involves lifting back the gums, removing the tartar, and suturing the gums in place to fit around the tooth. Removing tartar deposits in these pockets allows the gums to heal from infection. After surgery, the gums will fit more closely around the teeth.

In addition to flap surgery, your dentist may suggest procedures to rebuild the bone and periodontal tissues. Bone grafting helps to promote bone regeneration by placing a natural or synthetic bone in the area. A technique often used with bone grafting is guided tissue regeneration, in which a piece of mesh-like material is inserted between the bone and gum tissues. This keeps the gum tissues from growing into the area where the bone should be, allowing the bone a chance to reform. Soft tissue grafts taken from other areas of your mouth can be used to cover exposed tooth roots.

Periodontal work is delicate and requires special care to facilitate a healthy recovery. At Penn Dental Medicine, you can receive high quality periodontal services at affordable rates. Periodontal procedures are performed by postdoctoral residents who are qualified dentists undergoing additional training. At our offices, you’ll benefit from the collaboration of multiple dentists at the forefront of their fields, as well as access to advanced treatment technologies. To schedule your consultation, please call 215-898-8965 or use our online form.

Get Your Appointment Now
We look forward to serving you and your family.